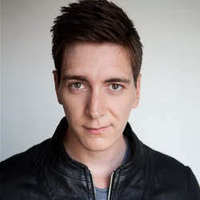 Oliver Phelps, whilst known for his role in the Harry Potter Films is a keen athlete and as such has swapped to Team Definition to make sure he is always in top shape, he is currently undertaking a program to gain a little more size, so is taking Definition Lean Mass, Creatine Ethyl Ester and Tribulus.

Born in the lovely West Midlands, England back in 1986 along with my twin brother James. We lived a very normal childhood, until one day in June 2000 we heard that Warner Brother were holding a open audition for the new Harry Potter film (Philosophers Stone). We travelled to Leeds, with Mum and Dad. After a few more auditions later we were cast as Fred and George Weasley and life ‘as we knew it’ was changed forever.